In the cozy atmosphere of the party, the golfers happily joined the Auction and raised up to 197,500,000 dong.

The tournament took place with the joy of all participants includes members, local golfers and valued sponsors. The event also presented the warm touch to the "Heart surgery fund for the poor" that the Club has formed a connection through the event.

Opening the event, the participants witnessed an emotional bicycle handover sponsored by Mr. Tran Ngoc Phuong and Mr. Huynh Van Nhiem to children who were confirmed by the local government to have difficult circumstances and did not have bicycles to school. The kids were excited when they received valuable gifts and safely drive new bikes home with their parents support. On the same occasion, the representative of Tam Tri Hospital also gave the children a very meaningful gift, which is a complimentary medical voucher for their general check-up.

Continuing the tradition since 2018, the annual Montgomerie Links Club Championship always wishes to become a volunteering bridge between golf lovers and the lives that need special care.

Within the framework of the Club Championship this time, the Green Hope project cooperate with the Heart Surgery Fund for the Poor of the Dear Brothers Golf Association - the silent donors who have helped with the surgery costs for the Patient of Cardiology Department - Da Nang General Hospital by their  own internal source. Since its establishment in December 2021, the Fund has supported 18 cases ranging from VND 5 million to VND 135 million each and the number will certainly not stop. Fundraising process within the tournament through calling for donations and auctioning valuable items such as 01 pair of Cole Haan Golf shoes; 01 Buddy distance meter and 01 2-year membership card at Montgomerie Links. In the cozy atmosphere of the party, the golfers happily joined the Auction and raised up to 197,500,000 dong.

With the love of the golfer community and Club’s members, the tournament was well received and a large number of golfers registered to attend, to ensure the speed of the game, the club has limited the number of participants in 132 people. Each golfer seems to be fully equipped with good conditions to perform his part. Mr Kozai Yasuhiro has put his name in the Championship trophy with the title of Best Gross (77 strokes) convincingly. Next, equally dramatic, Mr Nguyễn Thanh Tùng (96-24-72) is the owner of the Best Net trophy, a category opened to all participating golfers.

The HIO prize was offered with a cash value of 200 million VND at each Par 3 hole and especially the generator system worth 200 million VND each at holes 2 and 11 could not find an owner. Novelty prizes such as Nearest to the Pin, Nearest to the Line and Longest Drive were also given to golfers who are consistently performing their best.

In the awards ceremony, the golfers were mixed with the feeling of comfortable socializing after a round of golf, the calmness when hearing about the vulnerable lives and the joy of witnessing the donation of the total amount 197,500,000 VND for Mr. Nguyen Tien Lang, representative of Heart Surgery Fund for the Poor of Dear Brothers Golf Association.

Montgomerie Links Club Championship was a great success and received many congratulations from partners, sponsors and golfers in attendance. It is expected that the Community projects will become more popular in golf movement of the region.

Montgomerie Links Vietnam, one of the project in Mai House Hoi An Hotel & Resort, is the first golf club in Quang Nam Province – Da Nang, with the outstanding design of 18 holes by Colin Montgomerie.  The five – star Mai House Hotel & Resorts is invested and constructed by TBS Land. “Mai house with love” is a message we would love to bring to all the guests warmly caring and loving journey that leads to memorable delights. Every corner in the hotel and resort is taken carefully by the designers and constructors. To make sure everyone feel like their home.

Green Hope, is a community project that Montgomerie Links has established and launched since 2018 with the desire to connect club events with vulnerable lives. The project received enthusiastic response and support every time it was introduced. In turn, the project's achievements so far can be mentioned as clean water filtration system and sports playground improvement, school supplies and scholarship for students of Dien Phuoc primary school, Quang Nam; raised 135 million VND and donated 60 million VND to the Center for raising disabled children in Dien Ban district, 20 million VND for children in extremely difficult circumstances at the Center and 10 cash gifts to be given to needy households nearby the golf course; fundraising 197,500,000 VND to present the Heart Surgery Fund for the Poor of the Dear Brothers Golf Association.

Taking place on a beautiful day of the autumn - October 8th, 2022, the golf tournament "Heart Surgery Fund For The Poor" of the Dear Brothers Golf Association was held with great success on the stunning fairways at Montgomerie Links with a total auction and donation amount of approximately 1 billion VND. 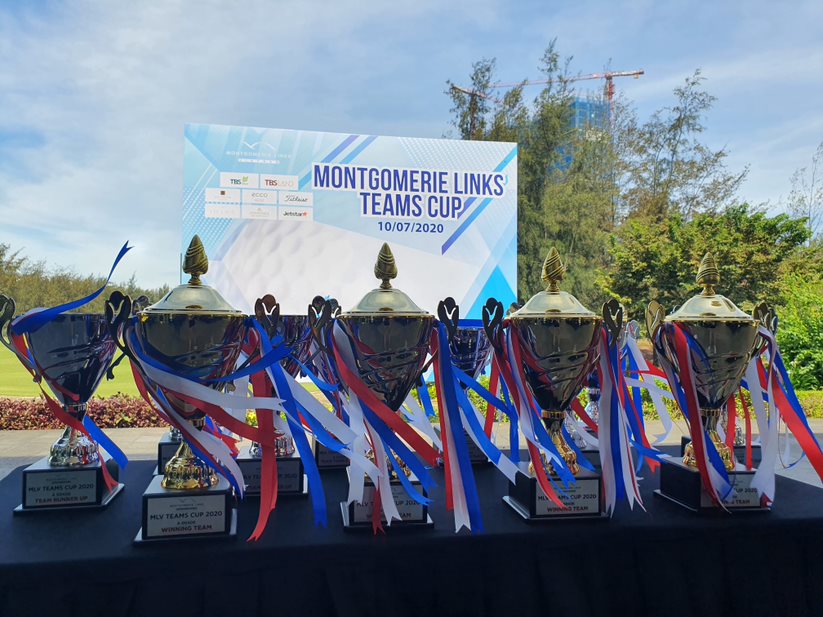